If you are a tech professional, you are probably preoccupied with updating your technical knowledge by going over tutorials like log4net tutorial, or be signed up to take another online class in order to stay on top of your game. However, if you are a tech entrepreneur, things are different. You would want your team to develop new ideas and stay focused on technology. 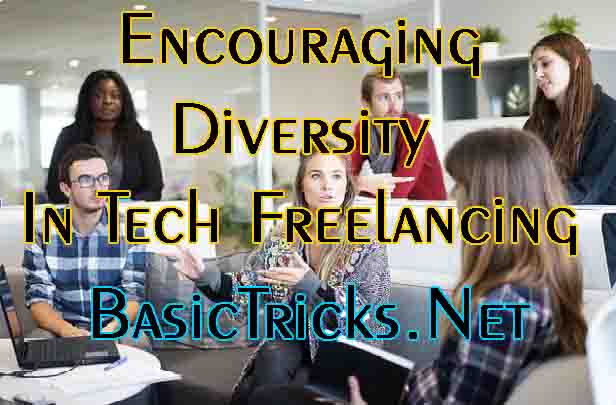 However, forcing your team to develop new ideas is an exercise in futility. Why? This is because even tech giants go through such challenges, and with the help of behavioral science, the hidden reason has been revealed.

Tech companies with fewer diverse teams are less likely to innovate. This is why Google and Facebook are now geared toward diversity, and today we will explore this topic further.

What Kind of Diversity Is Needed?

Diversity in tech companies means the diversity of people. The Silicon Valley has been known its notorious discrimination of women and other minority groups. For a long time, tech giants like Amazon, Microsoft, Apple, Yahoo, Twitter, Facebook, and Google have maintained their teams composed largely of white men.

According to the study conducted by McKinsey, companies that are less diverse are financially outperformed by companies with teams of a diverse workforce. Perhaps, the popular tech giants above have also discovered and confirmed this study because they are now beginning to encourage diversity in their tech teams.

What About Diversity In Tech Freelancing?

The good thing about diversity in freelancing is that freelancers are able to share new ideas with confidence. This may be impossible for a regular employee to do, especially if he or she is at the bottom of company politics. In fact, many companies are overwhelmed with new ideas coming from diverse freelancers than from xenophobic and sexist teams of tech experts.

How to Diversify Tech Freelancers:

If you have a tech business that needs a diverse team of tech freelancers, here is what you should do:

Job ads alone can reflect the way employers treat their employees. Most employers who post job ads on freelancing sites and platforms tend to show their biases. They are very frank in saying they only need workers from the US only, sometimes specifying gender.

However, if you are posting a job ad, make sure to mention that women and applicants from other countries are welcome. In this way, you will be able to encourage more diverse applications.

There is nothing better than to keep hiring diverse talents, whether they are freelancers or not. You might have to sift through people, but good people tend to be hard to find.

Tech freelancing is by nature diverse, but it’s still up to every employer to diversify their teams. Nevertheless, it has already been proven that a diverse team is more productive than those that are not.